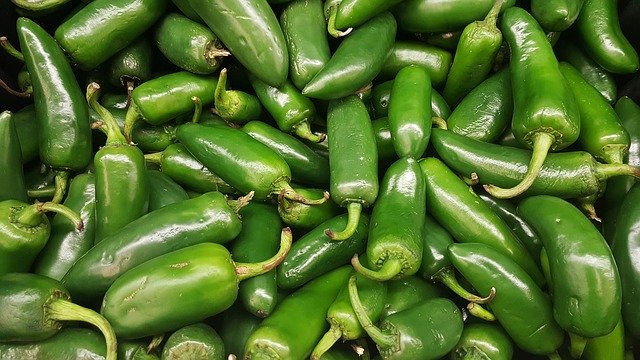 I often say that Energy Kinesiology can be used to address just about any issue - and in my time, I’ve run some across interesting things clients want help with.  Makes for some of the fun.  But today, I came upon a new one even for me.  A client of mine was making a spicy jalapeno picante, and ended up accidentally getting some of the jalapeno oil in her right eye.  Hurt like the dickens, and google told her to put a milk-soaked cotton ball on her eye to neutralize the Capsaicin.  Took twenty minutes to calm it down, but it helped. Finished the picante (yay!) and went to bed.

Next morning, she got up and discovered her vision in the right eye was all messed up.  When she looked at something, a bookcase sized area (from about 10 feet away) was out of focus and all wavy with huge vertical curves.  She said it looked like something you would see in the circus fun house mirrors, but it wasn’t so funny because it had been like that for four days!

First thing I did was put on the format for the eyeball.  Muscle monitoring showed a lot of stress, which we stared to clear.  Interestingly, it was having a large effect on her heart meridian.  Significant inflammation stresses showed up.  Then the body wanted us to stabilize what we did, and recheck it.  We discovered the same size area was out of focus, but the size of the curvy waves had come down bigtime.

Then we put on the format for the cornea cells.  We discovered huge hydrational level stresses we needed to deal with, being held in place due to pain.  What was fascinating to me was that the body was already in the process of compensating for the stresses, and had erected a way to try and patch it using the heart meridian again.  I had to do some fancy stuff to take care of that.  Once done, we stabilized, rechecked, and found the size of vision loss was about half as wide as it had been previously.

So, just like the instruction on the shampoo bottle – lather, rinse, and repeat.  This time we grabbed stresses involving the sense of vision – specifically the hardware itself (instead of interpretation of the sense) and the affect pain was having on it.  That needed stabilizing through the crown chakra.  Rechecking her visual field showed the amount of space affected was about half the height compared to the time before.

Another round of working on cornea inflammation and it shrunk some more.  Then some more work on the corneal cells involving some chronic stresses of the thyroid and parathyroid, and the heart meridian again to wrap it up.  Final results – small blob about the size of a basketball that was still wavy.

She was amazed at how immediate the result was, and feeling a whole lot better about not going blind because of a jalapeno.  In the end, we decided simply eating them was the best thing to do.